The world’s most fabulous water festivals 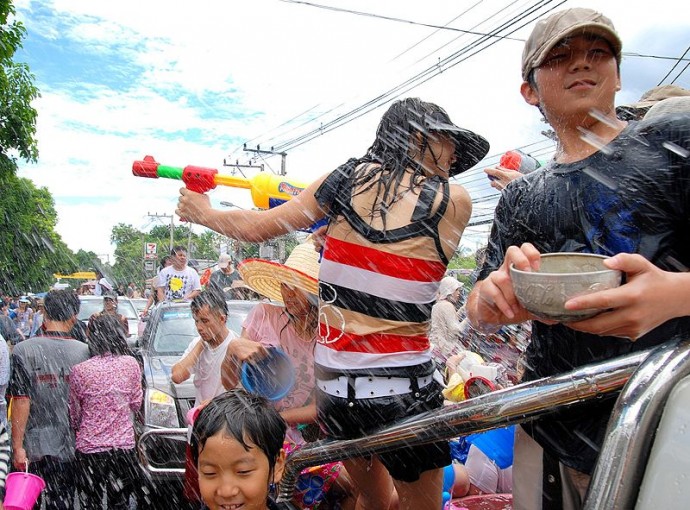 All over the world, the new year brings in the new and sees out the old. There are many traditions, each with their own unique superstitions to accompany this changeover. Although here in the UK we see the new year in on January 1st, it’s not always like this in other countries. In Thailand, Cambodia, parts of China and Myanmar, the beginning of the new year is in April, where they celebrate Songkran, or the Water Festival.

In traditional oriental cultures, the act of pouring water is a sign of giving blessings and bringing good wishes, much like the pouring of water at a baptism symbolises cleansing . At new year, the tradition that everything old must be thrown away, or it will bring bad luck is symbolised by the cleansing ritual of water. The tradition to sprinkle one another as a sign of respect, and welcome in the new year, has steadily grown into a rigorous splashing or pouring of water over each other in the annual Songkran, Water Splashing Festival.

The Songkran festival lasts for three days, from 13th to 15th April. The first 2 days are centered on the banks of the Lancang River, where food markets, sand carvings and a dragon boat race are held on the River.

On the third day a Buddhist statue is coaxed out of the temple to the courtyard, and then splashed with water. This ritual is called Bathing the Buddha, and on its completion serves as the signal to indicate ordinary mortals can begin their own mutual water cleansing. There follows a flurry of locals and tourists, who gather in the streets with pots, pans, bottles and more recently, water pistols. With uninhibited abandon, people splash, spray and douse each other with water to wash out the old and bring in the new year, cleansed and free of bad spirits.

This kind of festival may seem slightly unusual to us as we countdown Big Ben at midnight with our glass of mulled wine and Jools Holland. But what about the rest of the World’s new year traditions, are they as outrageous?

So, whether you will be being doused at a water festival, or dipping your toes in the chilly North Sea, make sure you bring in the new year with style. 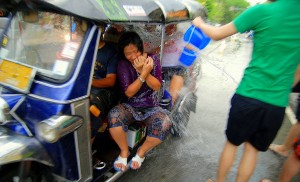