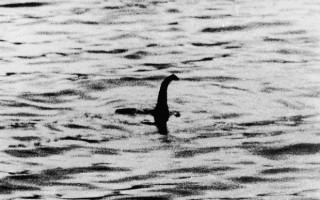 We are constantly being told that bottled water is actually tap water, tap water comes from sewers and filtering water has no benefits. Really? Another rumour being constantly spread is that ‘drinking 8 glasses of water a day to stay healthy’ is a myth! In this instance it’s an undeniable fact that with the human body’s composition being 80% water, replenishment is a fundamental necessity. However, there are also positive myths on the topic of water, many of which have been around for centuries. Here are some of the most interesting examples of water-dwelling creatures in folklore.

For years, mermaids have featured prominently amongst little girl’s dress up, drawing and party activities. The images of mermaids and mermen have been cemented in our minds as beautiful fishtailed people who frolic and thrive peacefully in the sea. Harry Potter broke the mould by opening up the idea that they could actually be sinister, grotesque creatures using violence in order to enslave humans to their equally sinister underwater world. The legend that merpeople are born from Poseidon’s tears, control the seas with their voices, and lure sailors to their deaths on the rocks seems to fit in more with this unsightly interpretation.

The tales in Scottish folklore of Ashrays reveal these translucent water creatures are both male and female, encompassing elements of both good and bad, as well as light and shade.  The ability to transform themselves into their surrounding elements means they are often mistaken for sea ghosts or shape shifters. They are only visible at night, because if exposed to daylight they evaporate and leave only a pool of water in their wake!

These female creatures are also known as Naiads.  They inhabit fountains, springs, wells, lagoons and other freshwater locations. The spirit of a nymph is bound to the water body she inhabits and if the habitat dies, so does the nymph.

The origins of nymphs are found in Greek mythology. Crinaeae, who inhabited town fountains, were the mostly commonly worshipped and along with the other nymphs, were said to emit healing powers through the water. These nymphs were captured in works of art as beautiful, young women, either standing, sitting or reclining holding a water jug and these statues are still popular amongst sightseers today. In some areas of Greece, people still visit the mountain springs for their dose of ‘nymph healing’.

Now whether you believe or not, everyone, and I mean everyone, who pulls up at the side of the Loch, gets out and has a look! It’s compulsory. The tale of the mysterious creature living in the depths of Loch Ness goes all the way back to the 7th century, but it wasn’t until 1933 and ‘that photo’ that Nessie hit the headlines. Even though the famous photo has now been revealed as a hoax, the legend lives on.

With the size of the Loch equalling that of all the lakes in the UK combined and the depth nearing 800 feet, it’s easily vast enough for a prehistoric beast to stay buried. Whilst some sceptics see the monster as nothing more than a misidentification of inanimate objects, common animals or water effects, there are many tales of sightings and peculiar sonor contacts.

Whether we believe in the tales of mermaids, nymphs and ‘Nessie’ there’s no denying that as well as being essential for sustaining our bodies, water offers us a whole world of entertainment too!