4 benefits of a boiling water tap 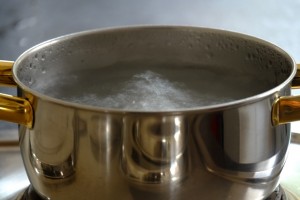 This means no more waiting for the kettle to boil. Hot drinks such as coffee or tea can be made even more quickly. Simply place a teabag in your cup and pour hot water on top, directly from the tap. Another advantage of the boiling water tap is the time it saves during cooking. Saucepan-based meals like pasta can be prepared in less time as there’s no need to wait for the water to heat up. The time-saving benefit makes these taps a good option for both offices and busy homes.

Efficiency is a great benefit of using a boiling water tap. At Total Soft Water we sell Quooker Boiling-Water Taps which use just 3p worth of electricity per day, making them more energy efficient than most kettles. They also allow for a more efficient use of your space. Quooker taps have a compact vacuum insulated tank which fits underneath your sink. The device itself sits over your sink, just like an ordinary tap. Unlike a kettle, this takes up no extra space on your kitchen surfaces.

Best of all, the speed of a boiling water tap allows you to be more efficient with your time. Whether you’re busy at home or at work, you can brew your morning coffee quickly and then get on with your day.

Safety is a key consideration when installing a boiling water tap. Boiling water can be dangerous, regardless of the appliance you use. That’s why it’s essential to make sure your tap has the appropriate safety features. The Quooker tap has a ‘push-and-turn’ handle to help avoid it being turned on unintentionally. The fact that the tap is fixed in place also means it won’t be knocked over in the way that a kettle or saucepan could be.

Want to see for yourself?

The benefits of boiling water taps are already being enjoyed in homes and offices all over the country. If you’d like to see what all the fuss is about, why not come and try a Quooker tap for yourself? We have taps installed in all our Total Soft Water shops. Pay us a visit and we’ll happily demonstrate how the tap works and answer your questions. We’ll even provide a cup of tea or coffee for you to try!

[Photos by music4life and PublicDomainPictures 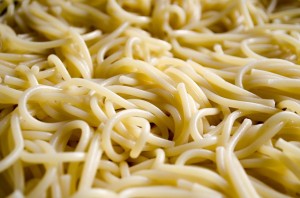