Why soft water is good for your hair 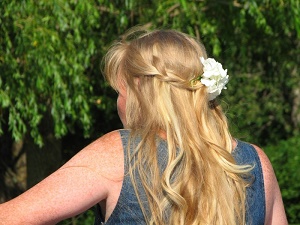 In determining how soft water can benefit your hair, it’s first important to look at the differences between soft and hard water.

Hard water is primarily a result of rainwater flowing through permeable rock – mainly limestone. The mildly acidic properties of rainwater helps to dissolve minerals as it makes its passage through the rocks. The resulting stew now contains mainly calcium and magnesium ions.

This hard water suppresses the lathering process of soap, forming a scum rather than lather. The dissolved magnesium ions and calcium ions react with the soap so that more soap has to be used to gain any level of lather.

If you are in a hard water area, and there is a 60% likelihood that you are, then you will encounter this problem. This hard water area takes up most of the south of England, so if you live there, you will be affected. Those in the North are far less likely to have any issues.

Many people living in a hard water areas notice that their hair can take on a coarse and brittle appearance over a period of time.This is due to the aforementioned magnesium and calcium ions settling in the roots of the hair. It acts as a buffer between your hair and the shampoo, preventing the lather from washing deep into the hair follicles.

The build up of these minerals can result in a scaly, dandruff effect and the hair can become extremely coarse.

What can be done about this?

Conditioners can help alleviate these problems, a vinegar rinse can remove this scaly build up in your hair and the antiseptic properties of a lemon and lime rinse can combat dandruff.

Some people advocate using bottled water as a means of combating the adverse effects of washing in hard water – this is sometimes utilised by people who are visiting hard water areas. However, this is highly expensive and not practical on a long-term basis.

Installing a water softener is a great way to solve any concerns you may harbour about hard water. The problematic magnesium and calcium ions are removed during the water softening process (along with other harmful metal ions).

Whilst there is an initial cost involved, many homeowners feel this is more than justified in order to neutralise the problems that arise from washing your hair in hard water.

A water softener can help other hair problems since it allows a deeper clean of the hair roots. Hard water is an enemy of the scalp, bringing with it the unpleasant conditions of dandruff and eczema. As soon as you switch over to soft water, the benefits to your hair will be overtly apparent!

[Photos by CBS and ronnieb] 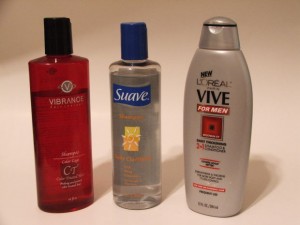