The science behind hard and soft water 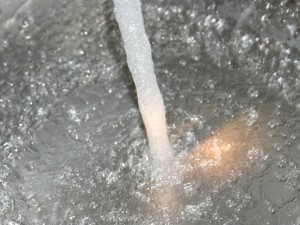 What is the difference really?

Well, northerners would say that their hard water tastes infinitely better than the soft water southern softies drink. But then they would say that, wouldn’t they?! But surely it all tastes the same, right? It would seem reasonable to assume that the difference in taste is just a myth perpetrated by water and tea companies – for instance, you can get tea specifically produced for hard water areas.

There is science to back up the claims that soft water and hard water are inherently different, both in terms of composition and taste. Rainwater is naturally acidic, albeit mildly, so as the water interacts with the carbon dioxide in the atmosphere, the rainwater flows over rocks and gathers in streams,rivers and lakes as groundwater, or soaks into the land through various levels of porous rocks.

Water contains trace elements of magnesium and calcium and it is their presence (or lack of) that dictates the hardness or softness of the water. Tap water comes from two main sources: either surface water from lakes, streams and rivers or groundwater. Surface water tends to be soft with fewer minerals and generally acidic. Groundwater tends to be harder as it has undergone the process of being filtered.

Two minerals that dissolve in this natural filtration process are calcium carbonate (CaCO3) and magnesium carbonate (MgCO3). When there are high concentrations of these minerals, together with various dissolved sulfates, this contributes to the end result we call hard water.

Can we tell which is which by looking at it?

While hard water sometimes looks cloudier when poured, generally both soft and hard water look the same. However; there is visual evidence that makes the presence of hard water immediately apparent.

A quick test is the simple lather one. Take one bar of soap and you both hands together vigorously under a running tap. If there is little or no lather then you are living in a hard water area. Interestingly, according to a geological survey – in America 85% of all water is hard, so its a safe bet that you will be in a hard water region there. 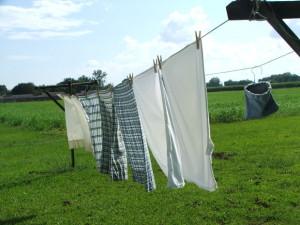 [Photos by bhailu7 and ronnieb]