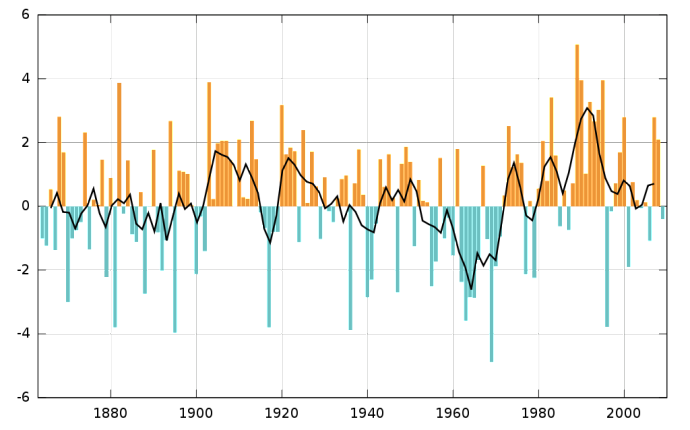 The North Atlantic Oscillation (NAO) is the fundamental reason for climate change and it can be traced back over thousands of years. NAO refers to the shift of atmospheric mass between the subtropical high (the positive phase) and the polar low (the negative phase). It covers huge tracts of land and ocean in the Northern Hemisphere, from the plains of Central America, over Europe, and deep into Northern Asia.

Here are brief descriptions of both the positive and negative phases:

Positive: If the pressure is low in the Icelandic regions, then the warm winds coming in off the Atlantic create warm and wet winters in Europe and in cold and dry winters in Greenland and Canada.

Negative: If there is high atmospheric pressure in the Arctic regions then Boreas, the purple-winged god of the north winds, brings moist air into the Mediterranean and cold air to Northern Europe.

If scale that measures this oscillation ranges between +2 -2, then we are in for a bearable period. However, if it shifts to +5 or -5 then the extremes kick in, such as the very heavy winters of 1963 and 2010 and the drought conditions of 1976.

So, how does this affect us?

Let’s turn our attention to Roaring Cave, or as it is more correctly called, Uamh an Tartair. Situated in the far North West region of Scotland, this is a shallow cave beneath a carpet of peat (which has accumulated over a period of four thousand years).

Within the cave lies a sort of treasure: 5 unique stalagmites. In the first study of its kind, an examination of the stalagmites has resulted in a 3000 year history of annual climate variations from 1000 BC to 2000 AD. This study was possible because the growth of stalagmites in the cave corresponds to the level of rainfall – thus the more water present in the peat, the slower the stalagmites grew.

This allowed a precise measurement of yearly climate change. High rates of stalagmite growth indicated mild, drier conditions, whilst slower rates suggested that the weather was moist and cool.

Professor Baker, of University of New South Wales (UNSW) Connected Waters Initiative Research Centre, was responsible for conducting this research. He theorisesb  that the North Sea Oscillation has had a dramatic impact on both the environment and the evolution of human society throughout history.

Findings suggest that the NAO was in a positive phase between 290 AD and 550 AD. This period corresponded with the decline of Rome, followed by large scale migrations throughout Southern Europe in the following Dark Ages.

More pertinent to these shores was the negative phase between 600 and 900 AD, which made Northwestern Europe a warm, dry and enticing place, perhaps resulting in the westward expansion by the Vikings and the subsequent destruction that ensued. 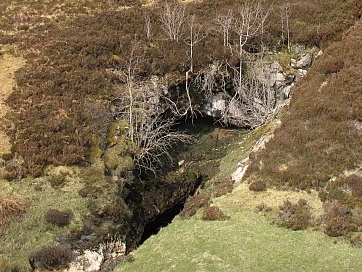