The depletion of Earth’s fish stocks 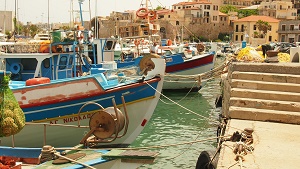 The effects that modern human civilisation is having on Earth’s oceans are well documented. Acidification, habitat loss of marine creatures, pollution and ecosystem disruption are among the negative consequences of an environmentally harmful society. Perhaps the most pressing emergency regarding our oceans is the rapid depletion of global fish stocks. While fish was a sustainable food source for more primitive human societies, industrial fishing procedures have put an alarming dent on the amount of free fish available in the wild.

Evidence suggests that 85% of global fish stocks are under threat, and certain species have been fished to the point of extinction. For instance, there may be less than 100 cod over the age of 13 currently in the North Sea. This is particularly alarming in the developing world, where an estimated 20% of all animal protein intake is derived from fish sources. According to the UN, 30% of all fish stocks have already collapsed and by 2050 – we could be facing a future with fishless oceans! Despite the large scale starvation which would occur from this cataclysm, there would be severe economic ramifications too. In addition to the 35 million people fishing around the world, approximately 170 million jobs depend directly on the fishing sector.

Can fish stocks be replenished?

In short, the answer is yes – but will it be easy? Unfortunately not. In order to replenish the Earth’s fish stocks, there have been a multitude of ideas – some more feasible than others. One of the most unusual methods is known as a fish bomb (this is not to be confused with a fish blast, which is actually a method of using explosives to stun or kill fish). The method entails growing fresh, healthy fish and then dropping them out of an airplane over a lake, similar to the way a fighter plane would drop a bomb! While this might not be the longest term solution, it is certainly a sight to behold.

For a sustainable future, certain legislative changes need to be implemented. For one, safe catch limits need to be enforced. This will deter overfishing if there is no short-term economic benefit for doing so. This must involve monitoring, and breaching the limits must be enforced with a penalty. In order for fish stocks to replenish, the economic incentive for overfishing must be thoroughly extinguished. Additionally, no-fishing zones need to be established so that the number of fish can recover. These zones can be rotated in order to keep fisheries in business but prevent them from doing more harm than good.

While industrial fish farming ensures that people stay fed – this is hideously toxic to the environment and is also ineffective. For instance, Scotland’s salmon farms produce nitrogen waste equal to a human population of more than nine million people, including fecal matter equivalent to a city the size of 65,000 people! This is extremely harmful to the environment and the other marine organisms living in close proximity to the farms.

Fortunately, research is being performed so that with any luck, we can bypass the problems of both industrial fish farming and fishing in the wild. The Velella Research Project aims to raise fish in mesh spheres which are attached to a tether vessel which moves throughout the ocean. The advantage of this is that waste will not accumulate in a single spot, and because the mesh is coated with agents to resist fouling, the chemicals used in traditional fish farms (which destroy the environment) are not required. If fish stocks are to truly expire by 2050, new technologies such as this cannot reach the market soon enough!