The consequences of rising sea levels 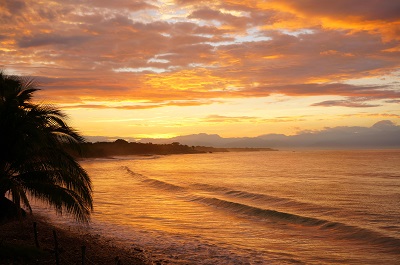 Recently, we discussed the consequences for a geographic region if its water table were to rise – flooding is among the most troubling result for the local population. While rising water tables can cause disastrous problems for a local population, the rising sea levels will have a far worse impact on the entirety of the planet! Most people are aware that climate change is detrimentally affecting our natural environment, and the primary cause of this is the consumption of fossil fuels and resultant carbon emissions. As emissions are only expected to rise over the next century, so are our sea levels.

From 1880 to 2007 the global average sea level rose by 8 inches, with the majority of this increase occurring in the last 20 years. Scientists suggest that by 2100, sea levels could have risen by as much as 6.6 feet higher than the level from 1992! The biggest contributing factor to this extreme rise in sea level will be the melting of the Greenland and Antarctic ice sheets, which is already taking place at an alarming rate.

With a higher sea level, waves will come further inland which will result in coastal erosion and possibly the displacement of human settlements, causing untold economic damage. Additionally, with higher sea levels, coastal storms will become amplified, resulting in more flooding, higher amounts of damage to buildings, disruption of transport and many other calamitous effects. As salt water reaches further inland water may become contaminated and will therefore no longer be suitable for drinking or for agricultural uses.

There is the also the risk that low-lying nations could become completely submerged. For instance, the island nation of Kiribati has already experienced partial submersion and its inhabitants are having to deal with the havoc caused by increasingly higher and more powerful waves hitting its shores. Currently, the nation are looking to purchase land in Fiji to move its entire population. While the relocation of a small island of 100,000 people doesn’t seem to be an insurmountable problem, if such a thing were to happen to a larger low-lying nation, the economic consequences would be dramatic. A one meter sea level rise would result in 17 percent of Bangladesh being submerged – this would require approximately 20 million people needing to be resettled, and all of this could occur before 2050!

Erecting seawalls is one way of protecting low-lying countries, as can be seen by the Dutch Pettener seawall which has been reinforced and extended time and time again to accommodate for the rising sea levels. As a more radical approach, The Seasteading Institute is working towards innovating giant cities which will be situated on the ocean and will work in harmony with Earth’s biosphere. Flood-proofing buildings is another preventative, yet temporary approach to coping with the problem’s caused by climate change.

Ultimately however, the only truly effective preventative measure we have is lowering our emissions by switching to sustainable energy sources. While there are debates as to how much we will have to reduce our emissions by if we want to prevent a future catastrophe, it is undeniably clear that if carbon emissions keep rising at their current rate, the consequences by the time we reach 2100 will be disastrous