The breath of a dragon 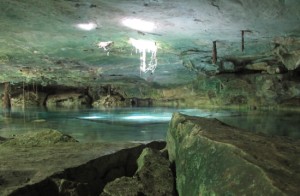 Situated between the Kalahari and the Namib deserts, Namibia is one of the driest countries in the world. The cold waters of the Atlantic Ocean‘s benguela currents form fog banks which allow for very little precipitation; and it’s for this reason that its coastal plain is described as hyper-arid (Namibia has the lowest rainfall in sub-Saharan Africa). Namibia’s scarce rivers form part of the country’s borders with Angola, South Africa, Zambia and partially, Botswana.

The name ‘Namib‘ comes from the Nama word meaning ‘vast’. At over 55 million years old, it is regarded as the oldest desert in the world. It also has the largest sand dunes in the world and temperatures range from 0 to 50 c. It is almost completely barren.

The word ‘Kalahari‘ means ‘large thirst’ in the local Tswana language. There is evidence that life – and large lakes – both once existed in this region thousands of years ago. Today, the only remains are the large salt pans of lakes Makgadikgadi and Nxan.

While the Kalahari Desert is rather dry overall, there are some scattered waterholes and some marshlands to the north. Arguably the most astonishing feature of the Kalahari Desert is the Dragon’s Breath Cave. The cave is located in the Otjozondjupa Region, on Hariseb farm, 330 feet below the surface and was discovered in 1986 by South African speleologists.

It was called Dragon’s Breath Cave because the hot, humid air arising from it gave the impression that it was being exhaled by a particularly large set of lungs – perhaps belonging to a dragon!

Inside the cave, the speleologists found an underground lake, accessible only by a hole in the roof. Currently, it is the largest non-subglacial underground lake in the world. It was also only discovered recently in 1986, so there is always the possibility that a larger lake is lurking somewhere beneath the Earth’s surface!

The depth of the lake is still uncharted; divers have only managed to plumb 300 feet but its surface water covers about 5 acres.

It does contain life in the form of bats, as expected, but it also houses the Golden Cave Catfish, clarius cavernicola. Totally blind, the species numbers approximately 150 and cannot be bred in captivity. It is unique to the lake system and sadly is endangered due to aquifer depletion.

How did it form?

The expected answer would be rainfall or ancient rivers seeping through the sands. This is not believed to be the case here, however. It is speculated that there was a large inland prehistoric sea. The living entities that populated the sea, once expiring, would form a bed of dolomite.

This lake is one of the most fascinating aquatic features of our planet; its longevity, its size, its unique life forms, and above all, its amazing beauty.

Pingback: The mystery of underground lakes |