Waterfalls: Never mind the width, what about the height? 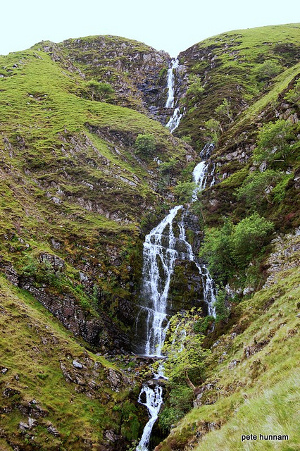 A previous blog post on the world’s top five waterfalls by width threw up some interesting and contentious findings. Chutes du Khone was named as the widest by several country miles, but as it disappears during the monsoon season, it really isn’t doing its job properly. In this post we turn our attention to the world’s highest waterfalls.

To put things in perspective, England’s tallest waterfall is Cautley Spout (pictured to the left) which enters the fray at 76 metres high.

In Europe we would have to contact the Monopolies Commission as Norway has 33 of the tallest waterfalls, with only the Leo Savice in Slovenia and the Cascade du Gietro in Switzerland making token appearances for other nations.

The Vinnofussen Falls, Norway, takes top European spot at the height of 865 metres, beating Skorga into second place by one metre. A bit of a sickener for Skorga, really, a bit less erosion and it would have been the winner!

Without further ado, here are the top five waterfalls by height.

There is already some dispute here, so be careful before sticking this in a pub quiz. The problem is that some waterfalls are a series of smaller waterfalls which has led to fervid debate regarding classifications. However, for the purpose of this blog a waterfall starts at the top and ends at the bottom and the measurement is the bit in between, irrespective of how many smaller waterfalls make the composite whole – otherwise we’ll be here all day!

So in fifth place is Lymtilla Catarata, or Yumbilla falls, in Peru, which is 896 metres high. Yumbilla, romantically, means heart in love, and one of the cascades, it is claimed, actually resembles a heart in love.

This goes to Olo’upena, Hawaii, at 900 metres. The island of Molokai possesses the highest seaside cliffs on the Earth, which means the water plummeting into the surrounding seas are amongst the tallest waterfalls on the planet. The Olo’upena is the tallest of these waterfalls.

Tres Hamanas, Peru, at 914 metres. Also known as the Three Sisters, the Tres Hamanas is one of only three waterfalls in the world to top 3000 metres, or the 3k club, as it is known. Interestingly, the river which feeds the waterfall actually has no name.

Tugela Falls, Natal, at 948 metres. There are arguments to suggest that the Tugela Falls is the world’s largest waterfall, that the ‘winner’s’ measurements are all to pot, and that there are some serious discrepancies regarding how waterfalls are measured. However, in this case, and until categorically proven otherwise, the Tugela Falls is still in second place, and will remain there for at least the duration of this blog post.  Situated in the Royal Natal National Park, water cascades into a natural amphitheatre through a succession of five major waterfalls. Beautiful.

Authenticated by the Guinness Book of World Records, the first place can only be Kerepakupai Meru in Bolivar, Venezuela. The waterfall is  mightily impressive 979 metres (roughly 13 times bigger than our Cautley Spout). It was discovered by a pilot called Jimmy Angel, who flew over it in 1933 whilst searching for the Lost City of Gold. It was named after him and now the Jimmy Falls is known throughout the world.

What is also fascinating is that it is fuelled by neither a body of water such as a lake or river, but is fed directly by tropical rain clouds. It throws itself off the Auyantapui, a singular plateau, and cascades down its length, much of it turning to mist before reaching the bottom. There is no dispute here, the waterfall starts at the top and without disruption, free-falls down its entire length to the bottom. A truly magical sight and worthy of its place as the world’s #1 tallest waterfall.

Not necessarily the biggest, though. But that is another story… 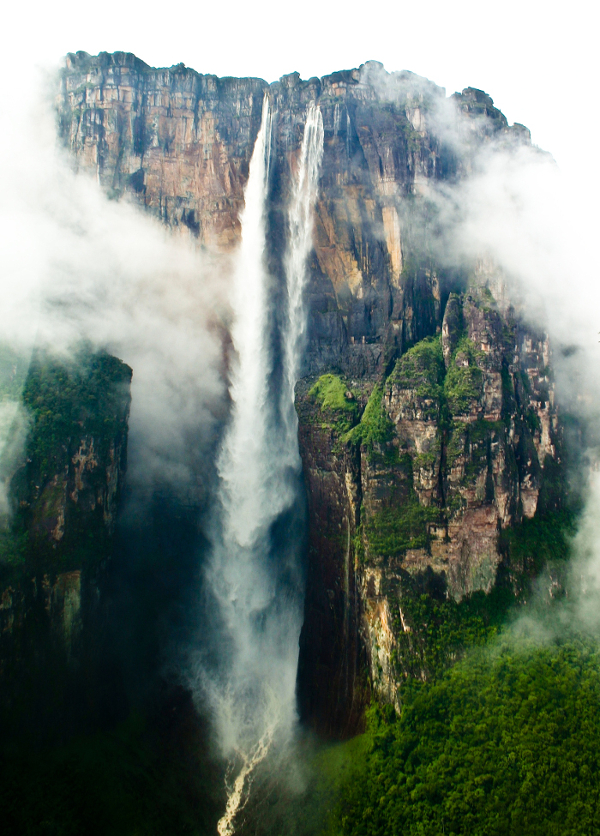 (Photos by phunnam and Inti)