Too much water can be a bad thing for olives 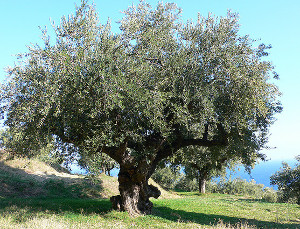 The Mediterranean climate can be summed up in six words: hot dry summers, mild wet winters. While water is an essential element for human civilisation to survive, there are times when we have too much water – as in the case with floods. In fact, too much water can cause the most unlikely of problems. We found out about an olive farmer in Italy who, until recently, always enjoyed a good crop of olives, never used pesticides and prided himself on his organic approach to the production of his olive oil. This past year the crop harvest has been disastrous.

If you are a fan of olive oil (it is, after all, very healthy), then you may consider stocking up, just in case there are short supplies in the shops! If so, store away from sunlight, either diffuse or direct, as this can stimulate the chlorophyll in the oil which usually acts as a preservative; sunlight can cause the liquid to degrade, so try to avoid it.

The olive crops appear to have endured a perfect storm of events this past summer for a number or reasons:

This report from the Daily Telegraph makes for devastating reading. Puglia accounts for 40% of the total olive oil production of Italy. The fungus attacking the crop originates from America and there appears to be no cure other than the creation of some form of demilitarised zone around the affected areas to try to contain it. The fungus basically turns the trees to dust.

The olive farmers have also suffered due to a fruit fry infestation which has decimated crops outside of the already infected area of Puglia. The fruit fly proliferates in June and July. Fortunately, the ‘hot dry summer’ kills off the vast majority of the insects; the lack of water being the principal reason for the cull. The small percentage of fruit flies that survive leave their eggs in the odd olive, and they grow from eating the fruit from within.

The problem is minimal and only one or maybe two olives per tree are affected. This past year was different and the reason is as follows:

There have been seasonal changes to the Mediterranean climate, this being the worst year in a long time – squalls of wind and lots of rain marred the traditionally balmy blue skies. The excess water meant the flies did not die, and they laid their eggs at will. Our farmer has about 100 trees and was unable to salvage anything. Every tree had become infected.

All is not lost, however. The farmer is keen to maintain his organic credentials and wished to avoid using chemicals. He plans to place yeast traps (small bottles containing some yeast tablets) in every tree. This will attract the fly and significantly reduce the threat. The bottles have to be emptied every month and his brother-in-law intends to do this, helped by loaves of bread and cheese, and a scoop of red wine.

So, all that remains is the weather. No wonder the farmer would like the rain taken back to England!