What does water actually taste of? 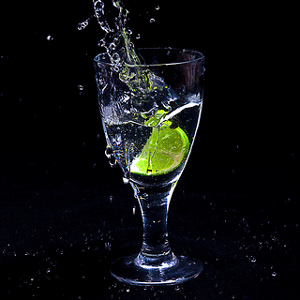 In America there is a highly contentious debate over whether the northern or southern states have the ‘tastiest’ water – they actually hold competition to decide! These blindfold, tasting competitions are yet to take off here in the UK, but deep down we all have our favourite. Of all the things that divide the north and the south of Britain – humour, politics and the weather – water is one we don’t often talk about.

The ‘bottle brigade’ wax lyrical about the taste of the waters of the the Pennines, Welsh Hills, Lakes District, and Scotland’s Highlands, and we’re all aware of the ‘hardness’ of London tap water. But is there an explanation for the ‘individual tastes’, and what’s the scientific reason for the difference?

We are lucky in this country that our tap water is highly regulated and among the safest in Europe. But among the stringent rules and regulations required to be awarded the health standard’s seal of approval, the actual taste of the water doesn’t come into the equation!

Tap water tastes different from one region to the next because of the trace minerals that are found within the water. Mindy Dulai from the Royal Society of Chemistry states that: “most water will contain certain ions, such as calcium and magnesium, even if it’s just a trace amount. These minerals are the main ones that define whether water is hard or soft, and they play a role in the taste.”

Tap water tends to originate from two main sources – surface water from lakes, streams and rivers, and groundwater. Surface water contains fewer minerals and is naturally acidic, resulting in a softer water, while groundwater tends to be harder. Most water suppliers blend the two, with the ‘mix’ changing its composition from one day to another.

According to Waterwise, groundwater is in far more abundance in the south and east of the country, whereas surface water monopolises the north. Dulai explains that the ‘taste’ of water comes down to a few main aspects:

With the majority of people professing that soft water has less of a ‘taste’, the question still remains – just what is the taste? Dr. Andrea Dietrich, professor of civil and environmental engineering and a water tasting expert at Virginia Tech University informs us that:

“When people talk about the taste of tap water, they are not being quite accurate. Taste, is often confused with flavour. Four basic taste sensations are recognised by our taste buds – bitterness, sourness, sweetness and saltiness. But, we can detect something like 10,000 odours, and it’s these odours that can recall memories. Therefore in tasting something like water, which is predominantly without ‘flavour,’ the ‘memories’ it evokes to us will determine whether or not we react favourably to a particular type of water.”

To highlight how this works in the real world, there was a blindfold water tasting experiment held by The San Francisco Chronicle in 1980, where a highly mineralised, non-carbonated French bottled water was hidden among the tap water. It scored poor marks with all of the judges except one, who was French. He chose it as his first choice, remarking that the water reminded him of home.

So if the benefits of soft water for the skin and appliances aren’t enough to convince you to switch to a water softener, maybe your memory-evoking taste buds will seal the deal for you.

Pingback: Myths of the internet – the problem with reboiling water | nerd poison