Seasteading: sculpting the world of tomorrow 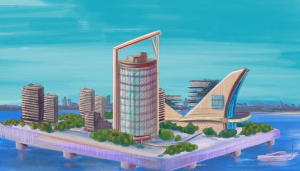 If someone were to tell you about life on the high seas, you’d probably imagine something similar to one of the Pirates of the Caribbean films. However, The Seasteading Institute is actively trying to make life on the ocean a reality, and within a few decades time we could be seeing the erection of the very first seastead – a vast, mobile metropolis located on international waters. Seasteading is not just a project to provide people with a futuristic place to live, quite the opposite. Seasteading hopes to address many major concerns of the current era, such as ineffective governments, atmospheric and oceanic pollution, poverty and a lack of infrastructure in the developing world, the depletion of natural resources and more! Here are some of the ways that The Seasteading Institute promises to improve the lives of Earth’s population, as well as the environment.

Farming traditional crops is very resource intensive and destructive to the environment. Not only this, but such crops can only be harvested at specific times of the year, which make the process inefficient. Algae farms do not need to be situated in fresh water, are scalable and can be harvested at any time of the year – making them a sustainable solution for putting an end to world hunger. The Seasteading Institute are putting a lot of research into algae farms not only because of the food aspect, but because of their ability to cleanse the atmosphere. Since the industrial revolution, the levels of carbon emissions in the atmosphere have risen by approximately 40%, which is utterly unsustainable. Since large algae store more carbon than the world’s forests, algae farms can be used to reduce pollution and to create food and fuel! 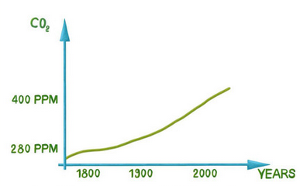 As a result of overfishing and a rapid decline in the world’s fish stocks, it is becoming urgent that a sustainable solution is developed in order to provide food for the millions of hungry people in the developing world. Fortunately, the Velella Project has been innovating a way to farm fish sustainably and avoid some of the common problems with traditional fish farming. Because the Velella Project is situated at sea and uses a unique roaming cage attached to a tender vessel, the fish can move around the ocean which avoids waste accumulating in one location and polluting the environment. Also, the project uses fish which are native to the area, meaning that if fish escape there will not be a detrimental impact to the ocean’s ecology.

With ocean aquaculture and algae farms, there needs to be a workforce to run operations. Fortunately, there are an awful lot of people in the developing world who would like to exit their country to achieve a higher quality of life (The Seasteading Institute estimate this figure to be around 700 million). Seasteads will require workers from the developing world, giving them the opportunity to leave economically depressed and politically unstable regions for a better life. Also, because seasteads will be situated in international waters, they will be able to bypass the bureaucratic restrictions which are currently impeding progress in the fields of medicine and science. Many governments, particularly in the developing world, are hugely inefficient in the services they provide to their citizens. By adding more opportunities to the world, the competition is raised, forcing providers to take consumers interests to heart if they want to stay in business!

While we are a long way from seeing a seastead inhabited with people, innovations continue to be made towards conquering the many engineering and legislative challenges which are currently impeding progress. For more information about seasteading and its wonderful possibilities, please see The Seasteading Institute’s very own Joe Quirk debate the issues on Joe Rogan’s podcast.