Did the Romans invent the aqueduct? 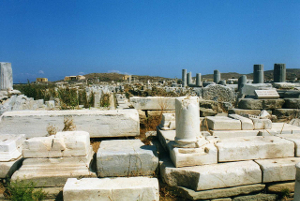 In short, no. The ability to control and transport water from a plentiful source to a location where there is naturally an insufficient supply can be traced back to beyond 3500 BC. The pictured remains of an aqueduct (in the featured image) dates from the Minoan civilisation on Crete. There are no known aqueducts before the Minoan era; the Minoans were the first to practise advanced water management.

The importance of being able to control water, to irrigate parched lands and provide water for the local population cannot be underestimated. It is the credit of this ancient civilisation, 3500 years ago, that advanced water management began and continues to be the basis for our societal systems today.

How did they do that?

Water was transported through closed or opened pipes (predominantly, if not exclusively, terracotta) together with open or closed water channels. The width and depth would vary with water being brought to the ancient cities of Minoa, Gournia, and Tylissos. The finest examples are those which supplied Knossos, and also demonstrates the Minoan understanding of the science of water.

The principle of communicating vessels

It was at Knossos that the Minoan engineers demonstrated their understanding of this principle. In brief, in a series of connecting vessels or containers, when you pour a liquid, in this case water, into one, the liquid balances out to the same level in all of the containers, regardless of shape or size. 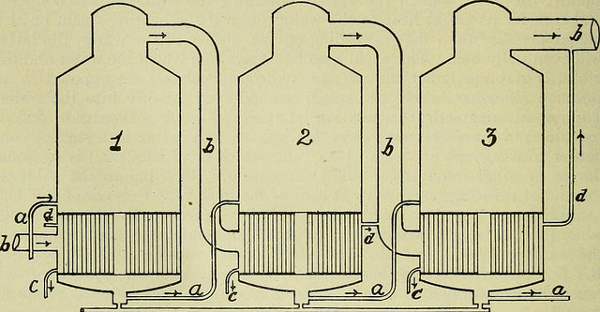 The Minoans amply demonstrated their understanding of this at Knossos, where a conduit connected to the city had a channel that descended and subsequently ascended, overcoming the problems of water flow presented by variable heights in the terrain.

Knossos allows us to understand the hydraulics and mechanisms employed by the Minoan engineers, but only to a partial extent. There are, however, examples of several wells connected to the aqueduct and one, which has been restored, continues to provide a regular source of drinking water.

Furthermore, at its height, Knossos had 80,000 inhabitants, a community which could only have been sustained by water provided to the city by the ingenuity of their engineers.

Leading experts have claimed that: “In the entire structures of most Minoan “palaces” and cities, nothing is more remarkable than their elaborate water supply systems.”

It is important to look at these ancient water aqueducts in terms of their relevance to the modern world, and in particular what lessons can be learned, and what lessons have been learned. In terms of revolutionary technologies, the development the aqueduct must be noted as one of the most important innovations in human history.

The achievements of the Minoans, the subsequent refinement of the aqueducts of Mycenean settlements and the superb advances made by the Romans (more of that in a later blog post) absolutely underpins the modern water systems in Europe and the USA.

It is to be noted that these systems were only re-established in the latter part of the 19th century. It can be said that the basis of our water system is not a modern development, but merely a refinement of past glories.

Pingback: Origins of the Roman baths |