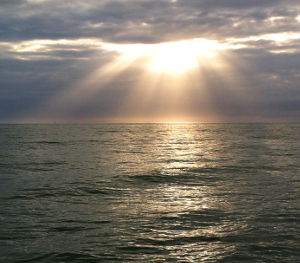 It’s no secret that human civilisation since the industrial revolution has created a heavy burden for Earth’s biosphere. The Earth’s oceans are essential for sustaining life on the planet, but thanks to human activity the oceans are polluted, ecosystems are disrupted, marine life is being destroyed, and fish are being harvested faster than they can reproduce. Here are five of the largest threats to Earth’s oceans that humanity needs to address in order to avoid a catastrophe in the future.

Thanks to the ambitious fishing industry, the depletion of fish in our oceans has reached a staggering level. As fishing technologies have evolved, so has the damage done to fish stocks around the world. As a result of large-scale industrial fishing, Atlantic tuna and bluefin cod are now nearly extinct. Coupled with the economic incentive of fishermen to catch as much fish as possible to profit at the expense of their competitors, we are left in a dire situation. While improvements in open water aquaculture mean that a sustainable solution for feeding the planet without depleting fish stocks is on the horizon, the question remains whether it will be implementable on a large-scale before it’s too late.

The ongoing acidification of the oceans has caused some startling results. Off the west coast of America, scientists have found that acidification has caused marine snail shells to dissolve. Bearing in mind these creatures are a food source for many marine animals, the ramifications could be truly disastrous. Ocean acidification is a direct result of the levels of C02 in the atmosphere as well as pollutants contaminating the ocean, so sustainable business practices must be implemented if this is to change.

Plastic bottles, untreated sewage, fertilisers and a host of other contaminants get dumped in our oceans on a regular basis, and the cumulative effect of this is massive. While photos from the BP oil spill are etched in our consciousness, the consequences of this disaster are still not known today. Only recently a 1,235-square-mile “bathub ring” of oil was found deep on the ocean’s floor, and the Gulf of Mexico still remains toxic even today.

The temperature rise over the last century has caused oceans to warm, ice to melt and sea levels to rise. Scientists predict that certain islands could fall off the map completely and flooding will become more common in the not-so-distant future. This has also caused disruption for marine ecosystems, moving species into new areas and affecting aquatic food chains. These changes could also result in diseases becoming more prolific since they’re able to spread rapidly in warm locations. With ecosystems becoming less diverse and depleted, they will be even more at risk from human activities such as overfishing and polluting.

Thanks to human activities such as deep sea trawling and coastal developments, there is less physical space for marine life to thrive. The tropical mangrove forests contribute an estimated 10% of essential carbon to the world’s oceans, yet they are being cleared at a rate of 1% per year for the purpose of aquaculture, fuel production and other human requirements. Such habitats serve as breeding grounds for many aquatic creatures, so by removing them we are inviting a huge loss of biodiversity which could prove disastrous in the future, particularly since Earth’s human population is expanding so fast that food resources can’t keep up!

What can you do to help?

Check out the following resources to find out how you can help to reverse human impact on the ocean, replenish fish stocks and create a sustainable future: