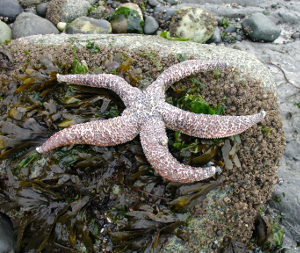 There has been an alarming number of incidents recently involving the death of sea creatures along the coast of North America, as detailed in this article. While scientists suggest that the events are not related, one opposing theory is that the 2011 Fukushima nuclear disaster could be to blame. While the disastrous experiences of the people of Japan following the disaster are well publicised, the radiation poisoning to marine life in the immediate vicinity is not.

Following the Fukushima disaster, Oregon State University performed a study where they discovered that tuna fish caught off the coast of Fukushima had tripled in radioactivity! Even more alarming, research indicates that 2014 is approximately when Fukushima’s first radioactive plume would reach US shores. While there is no definitive answer as to whether the many incidents of marine life dying in this geographical region are related, or if they are linked to Fukushima in any way, here is a breakdown of some of the most significant events.

1) Starfish dying from a mysterious virus

In February 2014, millions of dead starfish washed up on American shores. This is particularly frightening because marine biologists are still not entirely sure the role that these creatures play in their ecosystem – meaning that a significant loss of them may severely impact the aquatic food chain and have multiple knock-on effects for the environment. While the cause of this starfish holocaust is still unknown, scientists theorise that a virus or pathogen may be to blame, weakening the starfish and causing them to die from a secondary infection. In some areas, starfish populations have declined by as much as 90%!

2) Radioactive plankton in the Pacific

Last year, high levels of radioactivity were found in plankton in various locations throughout the Pacific Ocean. Plankton plays an important role in the Pacific Ocean’s ecosystem – since plankton are eaten by bigger fish, radioactivity is thus transferred up the food chain. As you can imagine, if bigger fish are also becoming radioactive due to eating contaminated plankton, this could have alarming consequences for the communities of humans who then go on to consume these fish as part of their daily diet.

For the second year in a row, sickly and malnourished sea lions have been washing ashore on California’s beaches. Some scientists suggest that this may be a knock-on effect due to overfishing in the area, resulting in sea lions being unable to find enough food sources to sustain themselves. However, another theory is that the toxicity levels of the ocean are getting higher which is damaging the sea lion’s food supply and resulting in an unprecedented mortality rate.

In 2011, a Vancouver Island marine biologist spotted numerous herrings bleeding from their fins; suspecting it was a viral infection, she has continued to monitor the situation. In addition to this, scores of bloodied fish have also been spotted off the coast of Vancouver Island, indicating that a potentially deadly virus is also transferable between species.

Whether or not these events are related has not been definitively confirmed. However, it is known that sea creatures in the immediate vicinity of Fukushima have been contaminated, so it seems plausible that the toxicity levels of the ocean have in fact increased as a result of Fukushima. For a visual depiction of these worrying occurrences, please view this infographic produced by Mammoth Infographics.