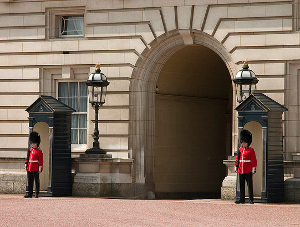 We have highlighted the many benefits of installing a water softener, from halting the aging process to significantly improving skin conditions such as eczema and even making your morning coffee taste that bit better. These are just some of the reasons people choose to install a water softener at home and at work, but for those that need a little bit more encouragement in making the switch, here are five excellent incentives:

Reports say that class A drugs have been found in our water!

Yes, you read it correctly. Inspections of tap water at four different sites were shown to contain benzoylecgonine (a metabolised form of the class A drug), which is the form of cocaine produced once the drug has been processed by the body. Even though the minute levels recorded are harmless, it’s still not exactly a welcome addition to our drinking water!

We know how water softening can help lower domestic energy bills, but PHAM (Plumbing, Heating & Air Movement magazine) recently showed that water softeners can help energy efficiency in commercial properties too. John Bisset, Operations Director at Kinetico, had this to say: “Water softening systems can increase the energy efficiency and longevity of heating and hot water services in commercial buildings. In hard water areas, minerals such as magnesium and calcium can quickly build up as scale and inhibit the healing efficiency of equipment such as commercial boilers. Without effective water softening treatment, problems can escalate, resulting not just in poor performance but in component breakdown and needlessly expensive maintenance.”

Fluoride – whether you want it or not!

It seems that the long running battle between councils and anti-flouridation groups continues to rage on. Earlier this year a government health body was urging local councils to add fluoride to our water supply. At present fluoride is added to water in and around Birmingham and in eastern England, supplying about six million people. In addition to this figure there are another 500,000 people live living in areas where fluoride occurs naturally in the water supply. The anti-fluoridation campaigners have claimed that tests show water fluoridation can increase the risk of some cancers, hip fractures and Down’s syndrome. With fluoride being a major ingredient in every toothpaste on the market, do we really need it added to our water?

A University of Bristol-led team has produced a remarkable study of the water quality in the Thames going back 140 years. As impressive as this seems, it unfortunately exposes the intractable issue of nitrate pollution in the water. Dr Nicholas Howden, Senior Lecturer in Water,  had this to say: “Generally, Thames water quality has been improving – the fish are returning, but the big challenge that remains is diffuse pollution, and the UK remains the global hotspot for nitrate flux. We have the highest export for nitrate for any country in the world per capita or per land area, depending on how you want to express it. And some of the highest concentrations are coming out through the Thames.”

In addition to the information above, why not read the recommendations from our satisfied customers if you are considering installing a water softener.