The world’s most popular types of tea 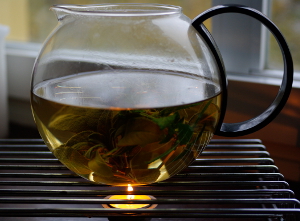 In a previous blog post, we covered some of the health benefits of drinking tea, from the reduced risk of heart disease and diabetes to the increased hydration of the body and fresher breath. Whether you’re new to the wonderful and diverse world of tea, or are simply looking to broaden your horizons after drinking black tea for decades, there are a selection of different teas all with different properties that you can try. While trial and error is often a great way to go about finding new teas which resonate with your taste buds and fit your health goals, here are a list of some of the world’s most popular teas accompanied by information on their specific health benefits.

Black tea is the most commonly consumed variety of tea in the UK, and accounts for approximately 75% of all tea consumption worldwide. Known for its zesty bitter taste, black tea is one of the most caffeinated varieties of tea, which makes it a popular choice for fuelling a hard day’s work. Research indicates that those who drink four cups of black tea per day would be 21% less likely to have stroke. Since strokes are one of the leading causes of death in the UK, perhaps we all need to up our daily dosage of black tea!

Highly revered by Buddhist monks, oolong tea is known for its rich taste which is the result of its expedited fermentation process. Due to the rolling process of the leaves which makes them appear dark and curly, oolong tea is occasionally referred to as “Black Dragon” – a name which pays homage to its ancient Chinese tradition. Due to the potency of the oolong leaves, this form of tea is often said to help lower cholesterol, which can aid weight loss and support cardiovascular health.

Green tea is known for its mild flavour and contains a moderate 25 milligrams of caffeine per cup (compared to black tea which contains around 40). Green tea is known for its health benefits and is packed full of antioxidants which can benefit a range of physical afflictions, including digestive problems, high blood pressure and diabetes. Research indicates that drinking one cup of green tea per day may decrease the risk of cardiovascular disease by a whopping 10%!

Because the leaves are picked at a very early stage, white tea has a very mild flavour and contains only 15 milligrams of caffeine per cup. White tea is also the least processed (and therefore purest) type of tea and like green tea, boasts marvellous detoxifying properties. While white tea is said to be able to reduce the symptoms of a multitude of maladies, there is an ongoing belief that it is particularly beneficial for preventing cancer.

Known for its distinctive tangy taste, ginger tea is often combined with lemon or honey to create a warm and revitalising drink which is perfect for those cold winter evenings. Amongst a multitude of health benefits, ginger tea is especially known for easing sinus ailments and respiratory problems, which makes it a good choice for when you are suffering from a cold or are feeling congested.

For more information about tea, please check out the web pages UK Tea & Infusions Association for stats and facts about your favourite tea, as well as details regarding the history of tea and current methods of growing and production. Just remember, a good cup of tea always tastes better when brewed using soft water or water from a filter!