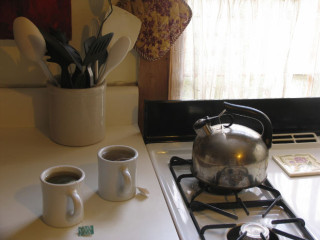 I’m often told by customers, that “this must be the hardest water in the country”! This isn’t actually the case, but because of the amount of limescale produced by the water in and around Harpenden, St Albans, Hitchin & Stevenage, you’d be forgiven for thinking it was. For the record, Norfolk and South Lincolnshire has some of the hardest water in the country, although the hardest waters generally tend to be found in private supplies or boreholes (wells) that tap into very specific reserves of water that can be twice as hard as the water found in the home counties.

The water hardness also varies considerably across the Hertfordshire & Bedfordshire area. I live in Upper Caldecote, just outside Biggleswade, where the water has a hardness level of around 380mg/lt, much higher than Affinity Water quote on their website, whereas Broom and Shefford, just 4 miles down the road and theoretically in the same supply area, have a hardness level around 40% lower! This kind of variation is extreme but highlights what can happen and also means that a water softener supplied into these two areas will need to be set up very differently to work effectively (because of the different load on each system).

Typically in Hertfordshire, the average family of four will use enough water in a month to potentially generate around 5Kgs of limescale. While not all of this will cause limescale however, you can see that even a small proportion of this “dropping out” every month will soon build up over the course of a year or two to block shower heads, boilers and hot water cylinders.

As such, it is possible to have hard water which doesn’t form scale if the majority of the hardness is non-scale forming (also known as permanent hardness), since the amount of scale forming hardness (also known as temporary hardness) could be quite low. The water in and around Harpenden and St Albans particularly has a high level of temporary hardness, making it very scale forming.  North of Hitchin in places such as Shefford, Biggleswade and Ampthill, the water is actually harder but doesn’t form quite as much scale due to the higher percentage of permanent hardness in the water, with a proportionally lower amount of scale-forming temporary hardness.

This level of hardness doesn’t make the water un-safe to drink, but it does add to the cloudiness and scum that you often see when boiling water in the kettle for tea or coffee.  In some instances this can form a dusty grit in the bottom of the kettle (particularly if you have a kettle with a flat, heated plate at the bottom rather than a traditional coil element) and can make tea taste particularly “earthy”!

Pingback: What does water actually taste of? |