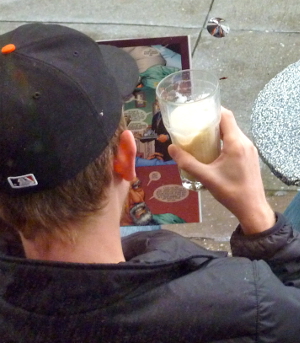 Whether you drink coffee to get you energised for a day at the office, use it as a way to orchestrate social events or just simply love the taste, coffee is undoubtedly the world’s favourite source of liquid caffeine! Brewing a cup of coffee is an art in itself, whether you’re making a nice creamy latte or a crisp after-dinner espresso. If you aren’t part of the millions of people who drink coffee every day, you’re missing out on a delicious tasting drink that helps to keep you mentally alert – without any of the negative aspects of canned caffeinated drinks.

So, here are some of the lesser-known reasons you might want to consider including coffee into your daily routine:

If you’re working a 9-5 and like to head to the gym after work, getting yourself there can be an exhausting task, let alone completing the workout! While there is an entire industry dedicated to supplying pre-workout supplements which give you the extra energy boost you need after a hard days work, some of the ingredients in these supplements are known to be harmful – even potentially fatal! Such products are often loaded with stimulants, so in addition to being expensive, they can also cause a physical and physiological crash after exercising which can be extremely unpleasant.

Instead of putting such substances into your body, why not have a good ol’ fashioned cup of joe to improve your circulation and get you geared up for an intense workout? In fact, the caffeine in coffee stimulates the body to break down fat cells, converting them to fuel which can be used to power a workout. This will save the body’s carbohydrate stores for later on in the workout which will boost your performance. This is particularly useful if you are an endurance athlete such as a cyclist or runner.

2) For business meetings and socialising

For teenagers who aren’t allowed to drink or for those who are t-total, meeting up for a cup of coffee is a great way to hang out without the consumption of alcohol. Additionally, meeting up to eat food can be expensive and can take up a lot of time – meeting up for a coffee is quick and simple, which makes it perfect for short business meetings or even first dates where you don’t want to commit to a longer meeting, particularly if it doesn’t go well! After all, asking someone if they’d like to go and get a coffee sometime is a lot less risky than inviting them out to dinner straight away!

We all know that coffee is great for making you feel energised, but apparently it can also help to alleviate depression and improve your mood. Multiple studies have been conducted which suggest that depression occurs more frequently in people that don’t drink coffee than in those who do. To take this a step further, according to a study performed by the University of Harvard, consuming two to four cups of coffee per day reduces the risk of suicide for adults by a whopping 50 percent! Caffeine is known to induce feelings of wellbeing and increase mental alertness, so anything that helps to lift people from a state of apathy and malaise has to be good, right?