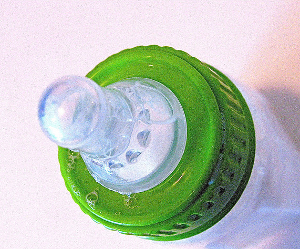 Quooker is a name you may not be familiar with, but the product by its inventor, Henri Peteri, is something that once you’ve tried, you will find it difficult to live without. First patented in 1987, the Quooker was introduced as the world’s first boiling water tap; it was given its branding and commercial debut in 1989.

These innovative taps are manufactured in Ridderkirk, Netherlands. With the growth in popularity of the Quooker Tap, the demand has seen distribution spread to over 2500 dealers in Europe, including Total Soft Water.

The company is now run by Peteri’s two sons, Niels and Walter, who accompanied by over 100 workers at the HQ in Ridderkirk, oversee everything from manufacturing, to designing to marketing.

The Quooker dispenses 100 degree C boiling water instantly which makes kettle watching a thing of the past. Thus, the Quooker is a ‘must have’ item for anyone that frequently uses boiling water to cook with.

Imagine the stress, time and energy saved by having instant boiling water when carrying out the following tasks:

Another major advantage of a Quooker Tap over a kettle is that kettle water tends to be boiled repeatedly, leading to what some health experts regard as serious health related problems. Ann Marie Helmenstine PhD, an author and consultant with a broad scientific and medical background, has been quoted as follows:

“If you boil the water too long or reboil it, you risk concentrating certain undesirable chemicals that may be in your water. Examples of chemicals that become more concentrated include nitrates, arsenic and fluoride.”

Parents are aware of the necessity to boil ‘fresh’ water to make up infant milk, so it seems to follow that the chemical properties of water which has been boiled for too long may have harmful effects on people.

The cost of having instant boiling water is as little as 3p per day, compared with an average kettle costing between 8 and 10p. This, along with the elimination of wasted water while waiting for the tap to reach the desired temperature, will result in financial and environmental benefits.

The Quooker Hot Water Tap comes in a range of designs and finishes, with each one remaining cool to the touch, due to the insulated sides. It is estimated that over 60 people a day are scalded by kettles in the UK – the Quooker can eliminate this threat. For parents with small children, the product features a child proof handle to keep worries away and curious little fingers safe.

Quooker really can transform your kitchen and make life simpler. Come and see for yourself at one of our stores today.