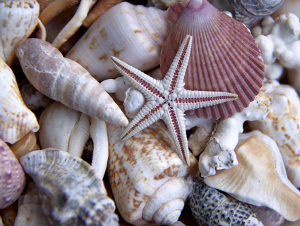 One of the results of climate change is an increasing acidification of the world’s oceans. Since the industrial revolution, human activity on earth has resulted in increasing levels of carbon dioxide emissions, a quarter of which are absorbed by the world’s oceans – this lowers their pH levels, dramatically altering the environment for all marine life such as pteropods. A study performed on tiny marine snails, otherwise known as pteropods, has revealed that their shells have dissolved to some degree as a result of the acidification of the water they live in. With weakened shells, pteropods may not be able to swim or reproduce as easily, which could have a significant impact on the ocean’s food chain.

During a study performed by the U.S. National Oceanic and Atmospheric Administration (NOAA), team leaders Nina Bednaršek and Richard Feely found that over half the pteropods they collected off the west coast of America had severe shell damage. “These changes are happening years earlier than we had projected,” said Bednaršek. What’s more, they found that the severity of shell damage corresponded exactly to the areas where carbon dioxide emissions were at their highest. While the burning of fossil fuels makes these waters off the west coast of America particularly acidic, coastal upwelling helps to bring naturally acidic waters to the surface which only compounds the problem.

While pteropods are prolific throughout the world’s oceans, the role they play in their ecosystems are not fully understood. It is known that Limacina helicina (the type of pteropod investigated in this study) is a “major dietary component for zooplankton and higher predators such as herring, salmon, whale and birds.” While pteropods may not seem significant to the daily lives of human beings, they are an important food source for fish, and eliminating them could have dire consequences for the many communities of the world that rely on fish as a staple in their diets.

The only way to reverse the acidification of the world’s oceans is to lower our CO2 emissions. While eliminating the vast majority of CO2 emissions is technically possible via alterations in our transportation and energy usage, getting people to accept a different way of life is the hard part. If nothing is done however, Bednaršek and Freely predict that as many as 70% of the region’s pteropods could have acidity-related shell damage by 2050, and if this figure keeps rising there are sure to be significant consequences.