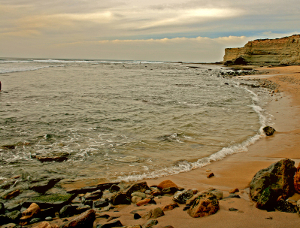 Whenever astronomers look for a habitable planet other than Earth, they focus on finding one thing first – water. Unlike any other element or compound, water means life. What about oxygen, you ask? Well, that should not be a problem when water is present. Technically, people can extract oxygen from water with ease via electrolysis. You can even do this process at home by using a battery and a couple of wires.

The relation between a planet’s location and water

One of the primary keys for a planet to sustain water is to be positioned in a star’s habitable zone. That is, a certain zone near a star wherein water can be formed and can be sustained without evaporating or freezing. Some scientists call it the ‘sweet spot’, while others call it the ‘Goldilocks region’ – a place where it is neither too hot nor too cold. Due to that, it can be safely assumed that there can only be one planet in every planetary system that can be inhabited by intelligent life such as humans.

Even though 70% of the Earth’s surface is covered with water, only 2.5% of it is fresh water or drinkable. Also, humans can only access a small fraction of this resource (1% to be exact) since most of that fresh water is frozen. Thankfully, humans only need to consume 0.007% of Earth’s fresh water in order to sustain their lives as of now.

Water is considered the most important element in an organism’s survival since scientists have not found any living thing that does not use or consume water in order to live. Also, an abundance of water is needed to sustain life on Earth. Incidentally, humans cannot live alone; to survive we need an ecosystem of other living things such as plants and livestock animals, which also need water.

A number of scientists are observing one of Jupiter’s moons – Titan. Some are postulating that life might be present on this moon due to its apparent hydrologic cycle (water or liquid cycle). However, it defies the standards of a habitable planet. First of all, it is not located within the sun’s habitable zone. Second, it does not have liquid water – the elements involved in Titan’s hydrologic cycle are ethane and methane. Third, it cannot host its own moon. Fourth, its surface temperature is at a constant negative 179 degrees Celsius.

Can people live in a waterless environment? Will the human race survive if all water resources in this planet suddenly cease to exist? Will new life forms appear if that happens? Or is it possible that humans will be able to adapt with that change and evolve into something differently structured in terms of our chemical composition? There is one thing we know for sure: human life without water will be impossible, and without humans the universe will be a poorer place – for who would carry out explorations into space and pioneer scientific breakthroughs in the way that humans have done?

Considering these scenarios, if we truly love the planet we inhabit then would it not seem logical to take good care of our water resources?