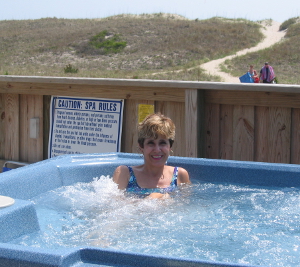 The term hydrotherapy refers to the practice of utilising the physical properties of water (such as pressure and temperature) to treat physical injuries and diseases, as well as psychological disorders. The curative powers of water were well understood by ancient cultures, with records of the Egyptians, Greeks, Romans and Persians showing they all practised their own forms of hydrotherapy. For instance, it was documented that the Roman Emperor Augustus who was stricken with disease was eventually cured when his physician ordered him to undertake a series of cold baths. Ancient anecdotes such as these are plentiful, but in the modern day we have a better understanding of the physical changes caused when the human body undergoes hydrotherapy treatments.

Water with different pressures and temperatures have different effects on the human body. For example: cold water can be used to bring down the body’s temperature and reduce inflammation, water in the form of steam has multiple benefits for the respiratory system and warm water is great for reducing stress and healing injuries. Combinations of different treatments can also produce unique effects – for example, alternating cold and hot water therapies is a great way to improve the body’s circulation. Pressure-based therapies such as whirlpools and jets are particularly effective in treating muscle injuries and prove to be immensely popular for relaxation purposes too.

Circulatory problems can be dramatically improved using hydrotherapy, particularly if the problem pertains to the hands, feet or limbs. Hydrotherapy helps to stimulate the body’s circulatory system, meaning that more blood is pumped into the problem area which will help to alleviate the problem.

Stress and other psychological disorders can be treated with hydrotherapy. Hydrotherapy helps to lower the body’s blood pressure and stimulate the release of endorphins, both of which will naturally lead to an improved mood. Also, hydrotherapy treatments are often very relaxing – soaking in a warm bath infused with herbs and oils is great for peace of mind.

Diseases of the respiratory system such as bronchitis and asthma can be alleviated with steam therapy, particularly when combined with menthol to stimulate the intake of oxygen into the lungs and clear out mucus and fluid from the body.

Aching muscles and joints are usually treated with pressure-based treatments such as jets or whirlpools. A jet stream has the power to massage your muscles and leave you feeling loose and relaxed, particularly after a strenuous workout.

Arthritis is currently incurable, but hydrotherapy has been known to alleviate the associated symptoms of the disease. For painful joints, water therapy can be used to support your body’s weight which allows for a greater range of movement in the problematic areas. Water also provides a good form of resistance which can be utilised to improve muscle strength.

Other afflictions where hydrotherapy can help include: