The driest year in the history of California 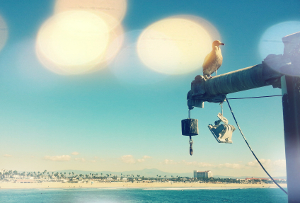 California is currently experiencing its driest period since it was registered as an official state in 1850. In fact, experts suggest that it could be the driest water year in over 500 years! In reference to the gold rush, California has been known as “The Golden State” since its inception. However, the nickname also seems appropriate based on the sunny and welcoming weather we have learned to associate with America’s westernmost coastal state. The people of California are not unfamiliar to droughts, with the longest in recent history lasting over 10 years. While mega-droughts (droughts lasting over 20 years) were a feature of the geographical location several centuries ago, experts believe that California could be entering into such an event at the moment. It goes without saying, if California is indeed heading into a mega-drought, the consequences for the environment, jobs and communities will be severe.

Cattle being sold to Texas

California is America’s foremost state for dairy cows and is in the nation’s top 5 in terms of number of cattle. Soil moisture is an essential attribute for any environment where cattle are to be raised, but due to the low levels of rainfall, lush grazing pastures have become brown and desolate. Due to these unfortunate conditions coupled with the high cost of purchasing hay to keep the cattle fed, keeping the animals is becoming uneconomical for ranchers, so many are deciding to sell them on to Texas where the drought is being managed more successfully. Romaldo Martin of M&M farms said: “I’ve never seen anything like this in my life … It’s a disaster.”

Running out of drinking water

In Sacramento, 10 rural communities have been identified as being at high risk of running out of drinking water within 60 days. Communities with wells are most at risk due to the fact that low levels of rainfall means that there is less water to dilute the contaminants which are present in most groundwater systems. Contaminants come in the form of nitrates from nitrogen fertilizer, industrial chemicals and more. As these contaminants become more concentrated because of the drought, the people who rely on these small water systems for their drinking water are at risk. Dry conditions are also of danger to people with respiratory problems due to the excess dust that is created.

California is America’s most productive agricultural state, with an industry that generates over $100 billion dollars. Nearly half of all of the fruits, nuts and vegetables grown in America are produced in California. An awful lot of irrigation water is required to keep this agricultural industry thriving during the dry season, so with the possibility of a drought lasting several decades, California’s economy could suffer severely.

California’s firefighters put out over 400 wildfires during the first three weeks of January, which is usually the state’s least prolific month for such occurrences. Aside from the environmental damage caused by wildfires, the cost for fighting fire in drought affected states like California could increase exponentially if weather conditions do not change, particularly as plans for private development in areas adjacent to public forests are set to move forward. Cal Fire spokesman Daniel Berlant described the current conditions as “primed for wildfires”, with the lack of rainfall making the environment resemble August rather than February.

Pingback: When a water table falls |