The urgent need for improved sanitation in the developing world 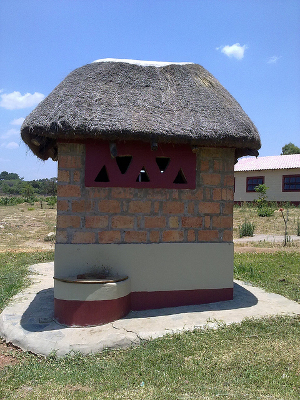 At the United Nations General Assembly in July last year, it was decided that November 19th would be designated as “World Toilet Day” to raise awareness of the lack of sanitation in the developing world. While such an event may provoke smirks from those living in the west, lack of adequate sanitation is no laughing matter for the people living in the world’s developing countries.

Over two thirds of the world’s population (2.5 billion people) have no access to improved sanitation, and over 2000 people (mostly infants) die from diarrhoeal diseases every day. The populations that suffer the most due to a lack of sanitation are those living in isolated rural areas, slum-dwellers and the extremely poor. The lack of private latrines is also particularly detrimental to the lives of women and girls living in developing countries who may be more exposed to sexual attacks. This is one of the reasons that many females do not continue public education after puberty in the developing world.

While diarrhoeal diseases can be lethal, anyone afflicted with such a disease will have a dramatically diminished quality of life – chronic diarrhoea can hinder the body’s absorption of nutrients, meaning the immune system is permanently running low and a general feeling of malaise persists. Even more frightening are the ramifications of inadequate sanitation for the world’s HIV suffers – 95% of which live in developing countries. An environment where there is no access to clean water and where open defecation is practised is obviously very dangerous to someone living with an immune system that has been weakened by HIV.

Also worrying is the social stigmatism of people who are HIV-positive in the developing world – oftentimes through social exclusion people with HIV are not granted access to what little clean water facilities are available. Aids will continue to be a prolific killer in sub-Saharan Africa, where “70% of the continent lack an adequate toilet, while 37 per cent don’t have access to safe drinking water”.

Bill Gates calls for the reinvention of the toilet

Over 1.1 billion people worldwide lack access to adequate water supply sources, which will be needed for the sort of sewer network infrastructures we have in western sanitation systems. The Gates Foundation launched a competition which granted funding to those who could innovate waterless, affordable, hygienic toilets which could radically improve the lives of those living in the developing world. The first place winner was a team from the California Institute of Technology who developed a solar-powered toilet that generates energy for cooking. Another leading submission was from a University of Toronto team who developed a toilet that sanitises human excreta and recovers clean water.

While such innovations are undoubtedly brilliant, the affordability and process of implementing them appears to be problematic. For instance, the solar-powered toilet costs approximately $1000 per unit – how would they be maintained and what if they broke down?

The Gates Foundation, UNICEF and others are making strides to improve water supplies and sanitation facilities around the world, but help can’t come soon enough. While a great deal has been done over the last 14 years, the millennium goal to halve the proportion of the population without sustainable access to safe drinking water and basic sanitation is still a long way from completion.