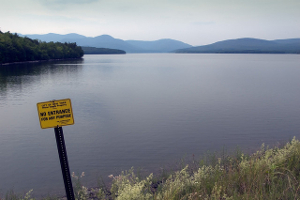 Cities are on the rise: more than 70% of the world’s population are expected to live in cities by 2050. As a result, the world’s demands on water supplies are increasing; conversely, the natural resources of water remain fairly fixed. This is of particular concern in the developing world where urban populations are doubling fast, but also applies to the developed countries. Ensuring that urban communities have access to clean and drinkable water is one of the most problematic challenges that we will have to face in the coming years of the twenty-first century.

In May 2013 a panel of worldwide water experts met in Bonn (Germany) to discuss the adaptation planning and water management policies of a number of cities worldwide, with an emphasis on the developing world (given its particular vulnerability). Here are just two examples of the striking adaptation planning strategies discussed at the Forum, which are being currently considered and undertaken in various cities:

Needless to say, an easy and straightforward adaptation planning strategy that each of us could easily undertake in our own home is installing a convenient water filter in the taps that we most frequently use. Water filters have the added advantage of reducing a city’s plastic waste, for no water bottles have to be discarded after having been bought at the supermarket.

Home to around 3.5 billion people, cities worldwide mainly provide water to their inhabitants by extracting it from so-called urban aquifers. Fortunately, most areas on Earth have some form of groundwater deposits below them.

However, the danger in urban concentrations, particularly in the developing world, is that these sources of fresh water may become contaminated by human activities such as industry or bad agricultural practices, causing seepages of chemicals, heavy metals or pesticides into the aquifers themselves. As of late 2013, the UN had documented cases of water contamination in Hat Yai (Thailand), Merida (Mexico) and Santa Cruz (Bolivia). In order to avoid such incidents, urban authorities and the World Health Organization invest large percentages of their budgets to constantly monitor the quality of the water that arrives in households, so that the risks are kept to a minimum.

An added problem is the fact that cities put the Earth’s aquifers under great stress by over-exploiting them. To overcome this scenario, cities must ensure that the amount of water extracted from their aquifers is controlled, allowing natural replenishment of the aquifers – which happens during periods of sufficient or abundant rainfall.

As cities also produce millions of litres of wastewater every day, a significant part of water management policy must be dedicated to resolving what happens to wastewater after it has completed its usable cycle, ensuring that it is not poured into rivers or the sea without having received an adequate treatment. By doing so, urban aquifers will be safeguarded, as the risk of wastewater seepages is reduced dramatically.