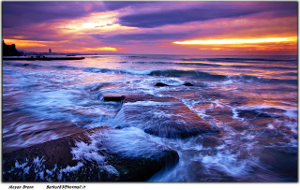 Human activity has always been favoured by the presence of clean, drinking water. In fact, the world’s greatest civilizations emerged near the largest rivers. The Mesopotamian civilization settled near the Tigris and Euphrates rivers; Egyptians flourished close to the Nile, and the great Chinese empire benefited from the waters of the Yellow and Yangtze rivers. Climate change, however, is threatening to disrupt the natural course of our most important rivers, causing draughts in some areas and floods elsewhere. Agricultural activity, and human activity at large, will see significant changes as a result of climate change and its effects on the water resources of the planet.

We have been hearing about climate change since the mid 1990s. Sadly, little or no action has been taken until very recently. At present, addressing climate change is crucial if we want to ensure that future generations will have access to clean, drinkable water. Failing to do so may result in the undernourishment of a large proportion of the world’s population, and overall, a more vulnerable position for both humans and the planet’s biosphere.

All in all, not taking action against climate change today could result in uncertainty when it comes to guaranteeing access to water supplies for human communities in the future. Even if the quantity of available water in the planet remains the same, climate change could compromise certain communities’ access to it.

At this point in time, ensuring that communities throughout the world have access to clean, drinkable water is more urgent than ever.

Source: Vital Water Graphics – An Overview of the State of the World’s Fresh and Marine Waters (United Nations Environment Programme)

Pingback: 10 tips on conserving water at home and in the garden |